Chad Wienen is one of the top riders in ATV Motocross.  Born and raised in the historic town of Galena, Illinois Wienen started riding quads with family and friends.  At the age of sixteen he took a leap and started racing nationals.  With the help of his Dad, Wienen was able to begin his professional career as a privateer on a Honda in 2006.   The following season Wienen was signed onto the Rockstar Makita Suzuki where he finished third place in 2007 and after a mid-season shoulder injury in 2008 he ended up placing sixth overall.

After two successful seasons aboard the Suzuki, team Monster Energy Kawasaki offered Wienen a spot underneath their tent for the 2009 season.  After a rough start upon the KFX 450R Wienen placed himself and the Monster Energy Kawasaki team on top of the box.  After providing the Monster Energy Kawasaki team with their very first overall win Wienen was able to head to the top of the pack in championship points but with some misfortune in the last four motos, ended the season in third place.  Going into the 2010 season Wienen once again was added to the roster of a new team, Motoworks Can-Am team.  Around mid-season the wheels started to turn for team Motoworks Can-Am and Wienen found himself on the podium three times and on top of the box in first at Red Bud and Lorretta Lynn’s.  The 2011 race season Wienen was leading in points going into the second half of the season when he had a season ending injury to his back while practicing.

This year Wienen is growing the Wienen Motorsports brand and looking forward to defending the championship title, again.

Even though Wienen has sat upon many different quad teams he still remains to be a fan favorite.  Being able to see the heart and dedication he puts into something that is not only his job, but his passion.

Chiropractor specializing in Nutrition and Acupuncture focuses on keeping Chad and our riders' bodies in the best condition possible. 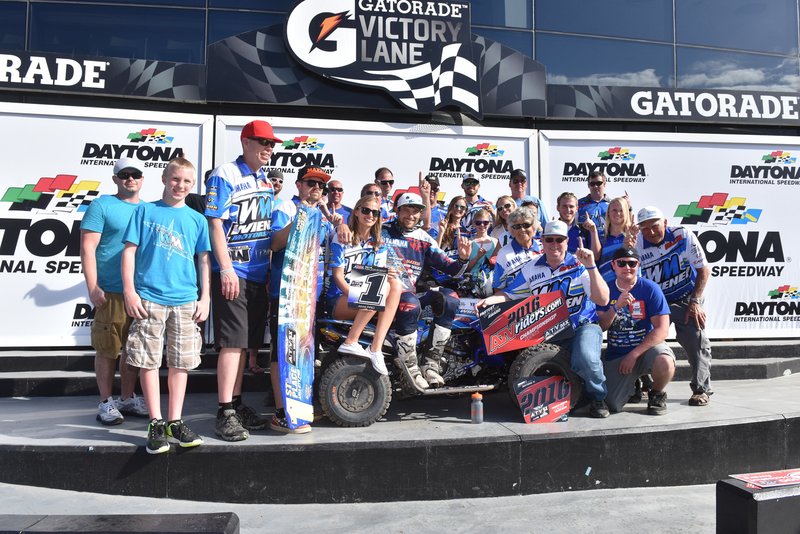